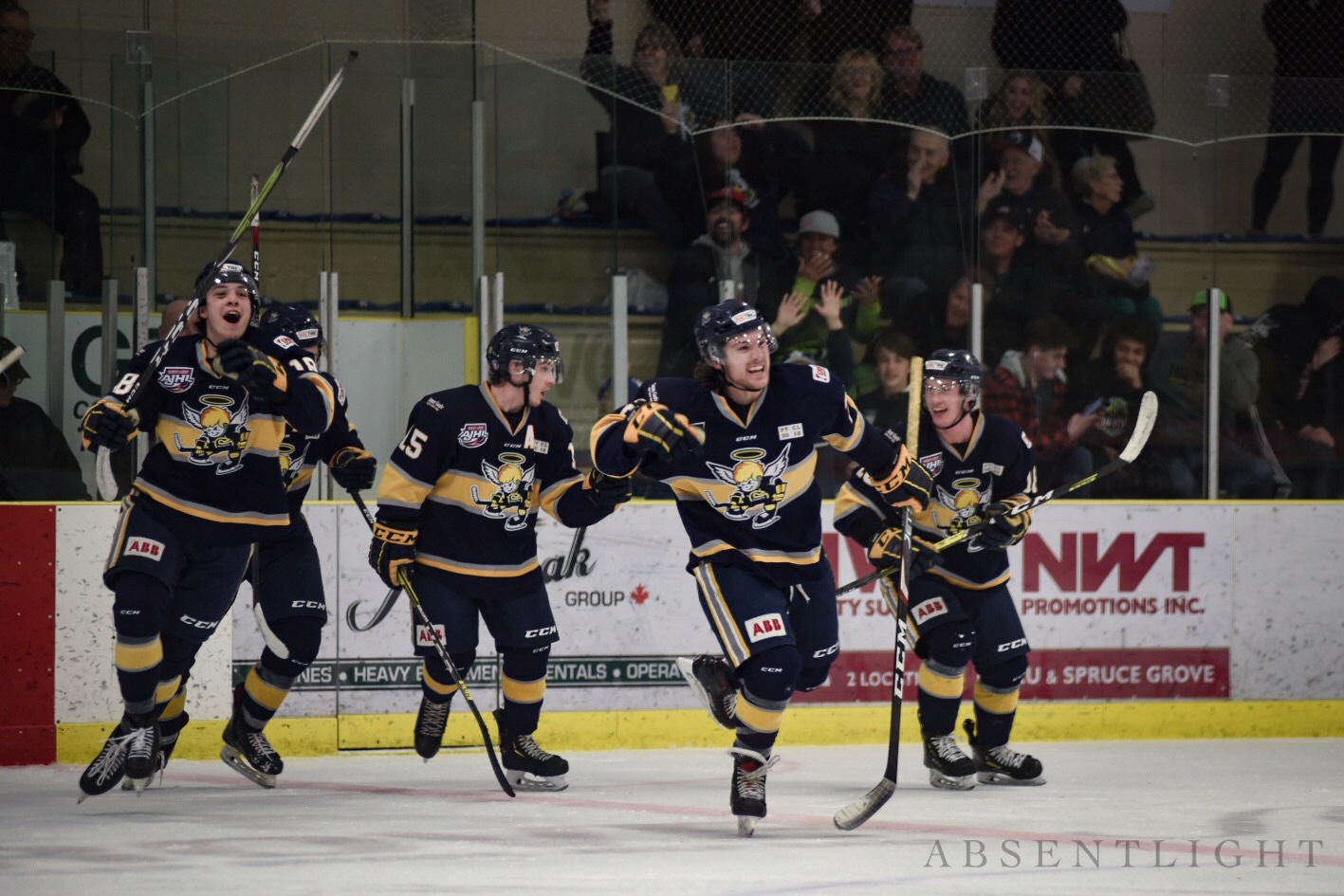 The Alberta Junior Hockey League Board of Governors participated in the 2020 AJHL Annual General Meeting on June 20th in preparation for the 2020-21 Season.  The League is preparing to begin its 57th season in September should Provincial health regulations allow.

The League will announce a tentative schedule, which includes a modified schedule format for its 15 teams, in early July alongside contingency plans for a delayed season start.  The 14th Annual AJHL Showcase, originally scheduled for September 24- 26, 2020 in Camrose, Alberta, has been postponed with a desire to host the event in the second half of the 2020-21 season.

Sherwood Park Crusaders President Kevin Love was recognized as the first-ever recipient of the Ken Bracko Award for AJHL Executive of the Year. The award was created to identify an individual who demonstrates outstanding commitment, guidance and support to their franchise and the League in the namesake of long-time Calgary Canucks Governor Ken Bracko.  One can argue that the Crusaders would not exist today if not for Kevin’s continued dedication and commitment to the organization.

Kevin’s leadership is built off his countless volunteer hours to the team and the community as a whole.  Through this selfless giving, Kevin has earned respect from all Crusaders staff on both the business and hockey front. Just like any successful organization, strong and sincere leadership trickles down throughout the entire organization and this was never more evident than the positive leadership group amongst the players that led the team last year to one of its most successful years in history.

At the League level, Kevin’s commitment and dedication to serving not just the Crusaders but the League as a whole is apparent to his fellow AJHL Governors.  He is professional and respectful of all League Members and therefore his suggestions and guidance at meetings are always considered given his history and sincere belief in the viability of the League.

The Alberta Junior Hockey League will follow the NHL’s rulebook with the introduction of Hybrid Icing in 2020-2021.  The AJHL will also implement Side-of-Ice Face Off Choice after icing and the start of powerplays next season.  If a team has iced the puck, the non-offending team will have choice of which side of the net they would like the faceoff to take place.  When a team is going on the powerplay, with the faceoff being inside the zone of the team incurring the penalty, the coach of the team beginning the powerplay will have a choice of which side he would like the faceoff to take place.

Diving has been recognized as a tactic that is an unwanted aspect of our game.  As such, a player shall now receive a one-game suspension upon receiving his third penalty for diving in the same season, and an additional one-game suspension shall result for each subsequent diving penalty.

The Alberta Junior Hockey League was the first Junior A League in Canada to implement video review for all penalty infractions under the Junior A Supplement.  The video review process will be enhanced in the 2020-21 season, allowing AJHL coaches increased opportunity to request video reviews on incidents where player safety is a concern.